BUAV welcomes end to veterinary animal testing in the EU

The BUAV has welcomed the EU withdrawal of its requirement for some animal tests for veterinary medicines.

These tests are called 'target animal batch safety tests' and were required for some types of veterinary drugs to make sure that each batch of the drug is not contaminated. The test had to be done on the animal for which the product is designed, meaning tests on dogs, cats, horses, cows, sheep and pigs. Not only does this kind of repeat testing consume hundreds of animals depending on the frequency of batches (two mammals, 10 fish or 10 birds each test) but the volumes of the vaccine that are injected can be too large and cause pain.

However, as of April 1 companies manufacturing products for which there is already safety data available no longer need to keep repeating the test, thereby saving thousands of animals across Europe. Last year the 'rulebook' in veterinary medicine safety - the European Pharmacopeia - was updated to remove the test for most drugs and came into force last week.

Last December it was reported that the UK authority, the Veterinary Medicines Directorate, had already written to all UK drug companies telling them to update their licences to remove the test by April 1. An investigation by the BUAV, at Wickham Laboratories in 2009 had highlighted to the authorities the need to inform companies of changes to testing requirements. We had found several instances of other types of animal tests being conducted when the European Pharmacopeia no longer required them.

Sadly, there have been moves to delete the 'target animal batch safety tests' from regulatory requirements in the EU since at least 1996, and it is only now, some 17 years later that it has finally happened. The BUAV, with our colleagues in the European Coalition to End Animal Experiments, will now be following up with other EU countries to make sure the new rules are implemented and will encourage non-EU countries to follow suit until this test is finally removed around the world. 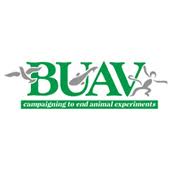